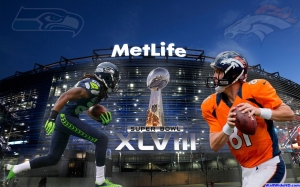 SAN JOSE – The Supreme Elections Tribunal held an emergency press conference yesterday to announce that Costa Rica’s Presidential elections will be pushed back a week to avoid a scheduling conflict with the National Football League’s Super Bowl XLVIII.

Luis Antonio Sobrado, President of the TSE, as the electoral body is known, said there has been increased pressure in recent weeks to change the elections date to assure that Costa Ricans had no distractions or excuses for failing to vote on Sunday, Feb. 2. Costa Rica traditionally has a low voter turnout, and something like a thrilling Super Bowl could only increase abstention, he said.

“Let’s be honest, we’re talking about the NFL’s top-ranked offense versus the top-ranked defense,” Sobrado said. “Would you rather watch Peyton Manning try to beat Richard Sherman, or Jose Maria Villalta try to beat Johnny Araya? It’s kind of a no-brainer.”

Ultimately the decision was made when poll-leader Araya and PAC candidate Luis Guillermo Solis, who has gained popularity in recent weeks, personally approached Sobrado to request a date extension. Both Araya and Solis’s wives are hosting Super Bowl parties and the late-night election results would interfere with plans, Sobrado said.

“Am I going to TiVo the game? No. Absolutely not,” Araya said in response to a reporter’s question. “It’s the Super Bowl. You watch it live, or you don’t watch it at all. Plus, I have a lot of campaign funds riding on the game, so there’s added incentive this year.”

Solis added that he would feel pretty silly wearing his Peyton Manning jersey on elections day and would be constantly checking his phone for score updates.

“Plus, I hate the Seahawks far more than any of my election opponents,” he said.

Sobrado, an avid fan of Broncos wide receiver Wes Welker, said he and the members of the TSE unanimously agreed to bump the elections back to Feb. 9 after the NFL season has concluded and the only thing on TV will be mediocre NBA basketball games and early season Costa Rican futbol matches. He added that interfering with Super Bowl Sunday could also hurt the Costa Rican economy, which sees an annual spike in beer, guaro, guacamole and pork belly sales.

“The Super Bowl is an opportunity for Costa Ricans to drink heavily, be sedentary and consume excess guacamole and chifrijo,” he said. “That tradition is not going to change just because we say ‘get out there and vote’.”

Villalta, who opposed the date change, said the NFL has nothing to do with the future of Costa Rican politics.

“Sounds like Communist talk,” Araya said as the members of the TSE roared with laughter. “What are you, a 49ers fan?”