HAVANA _ Cuba’s famed communist revolutionary leader Fidel Castro made his first public appearance in months yesterday and shocked the world with a surprise announcement: he’s getting back into the film industry.

Castro, who appeared as an extra in the 1946 films Holiday in Mexico and Easy to Wed, announced yesterday that he will return to the silver screen 70 years after his debut to reprise the role of Bernie Lomax from the comedic Weekend at Bernie’s series. Castro, 89, said he’s “been dying” to play the role of Lomax since he and Russian President Mikhail Gorbachev first screened the movie together in 1989. 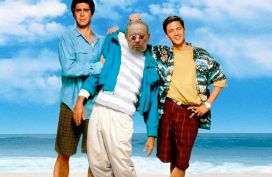 “What better way to show the world I am still healthy, virile and lively than by starring as Bernie in a Hollywood film?” Castro wrote in an editorial that appeared in the state-run Granma news agency today. “It was a box office success and – with me as the lead man – I think Weekend at Bernie’s 3 will be the most successful of the series to date.”

Castro said Weekend at Bernie’s 3, which will be filmed in Havana, is a great way to show the “Yankee” public the cultural riches of Cuba’s capital at a time international relations with the U.S. are thawing after  a more than five-decade freeze. El Comandante said that the visit of Barack Obama, the first U.S. President to come to Cuba since Calvin Coolidge in 1928, will coincide with the movie’s most difficult day of filming: recreating the famed water-skiing scene from the original movie.

“It definitely adds an element of levity to the visit,” Obama said in a press conference today. “Sure we will discuss the end of our countries’ tenuous 54-year diplomatic spat, but we will also take time to do some line read-throughs and watch Fidel skip across the water. It’s not easy to play a dead guy in a movie, and I personally can’t wait to see what mischief Bernie gets himself into next.”